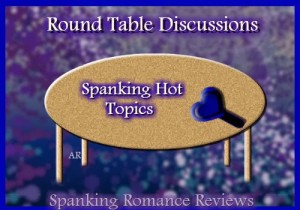 Welcome to the Round Table. I’ve lurked around the last couple, so I was happy to join in this time. Spanking Romance (a promotional site run by Renee Rose and funded by Blushing Books) sets it up, and each time it’s hosted by a different member of the community who keeps us on track and thinks of the discussion questions. It’s not easy, so I want to thank this Round Table’s hostess, Corinne Alexander upfront for doing an amazing job. She invited me personally, and I really thank her for reaching out to me and helping me get the guts to join this one, since I need an extra kick in the ass.

This round table discussion is about DD. Being in a DD relationship for 6 years has made me really excited about this issue and so interested in what the others will have to say. Remember, I write purely based on my own experiences, which have led to my current opinions and insights. All my opinions might be changed tomorrow, but my experiences won’t.

Experience has been a real eye-opener. See, when I was a preteen, I found out about DD and started to fantasize about it. Based on those fantasies, I decided that it was the type of relationship and lifestyle I wanted. I think I fantasized it to be the easiest lifestyle in the world, one that would make my life fall happily into place once it was implemented. My husband would conquer and tame me, we would never fight, and he would always be right, and I’d enjoy my punishments far more than I should.

That fantasy actually held strong for nearly ten years—in my defense, I lived very free from DDers or the kinkster community. I lived, and went to college in, Vanilla-ville, and certainly never brought up the topic with any of my friends.

My friends would have to be told what DD was before they could begin with their objections. And they would object. When I eventually told them about it, they wondered why on earth I’d fantasize about abuse (which was all DD was in their minds), eventually concluding that I was just extremely sexually depraved. Even today some of them still seem to think that James brainwashed me, even though they know I found him after I talked to them about it.

You see, when many vanillas look upon DD in terms of a long-term lifestyle, they see only potential negative consequences. Here’s what they’ll probably think the participants’ lives and roles in the relationship will look like in the future:

I totally understood why my friends were concerned, I just figured that they were 100% wrong and didn’t know what they were talking about—that I had the right of it. Later on, after meeting a lot of kinksters and those who want a DD relationship, I discovered that I wasn’t alone in my hopes, dreams, and beliefs surrounding the lifestyle. I think even in the community of people who know about DD, and who want to be in a similar relationship, many people think that DD has more power to change their lives than it does. 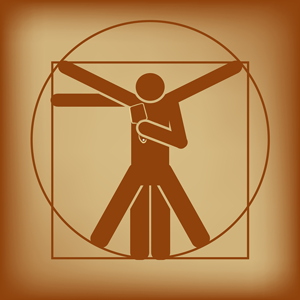 There is no perfect HoH. There are no perfect relationships. We all know this. Sometimes we do tend to set our expectations too high, hoping DD will solve issues that it simply cannot.

It was a tall order—and the weird thing is even when reality washed through, I ended up with a lot of my list! James is bigger and stronger than me, he can hold me down for a spanking, and he is the most smart, responsible, and dedicated man I know.

My experience quickly showed that I don’t actually like getting spanked—well, not for discipline. I will go to great lengths to avoid it, and neither of us get turned on by a real disciplinary spanking in real-time. (Later in the day or down the road we might look back on it and call it ‘hot’, but we really don’t think that at the time.)

And you know what? That’s the point! Discipline = Not Fun… but that’s the way it had to be for me for this to work. If he went around looking for reasons to spank me, or if I didn’t respond the way he wanted me to, this lifestyle would have been dead within months.

If James even took a fraction of the opportunities he’s come across to discipline me, I would probably have felt beaten down. I make a spanking-worthy mistake every other day! So, James now only spanks me for more extreme offenses. Things we’ve discussed before a million times, etc.

It would feel unfair to me that James never gets punished except that he holds himself steadfastly to a high standard. It’s hard to get angry at him, because he gets so apologetic and angry at himself when he messes up. 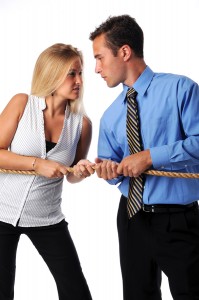 If you don’t trust your partner to put your happiness first, then DD isn’t going to work. That’s the clincher. You need to be in a partnership, not a competition for who-can-be-most-happy.

That being said, we do fight. Discipline can’t always be pulled out to resolve conflict. And as with every relationship—there will be conflict. There will be angry words and tears and you will have to learn what not to say as well as what to say to make your relationship work. You have to learn to choose your battles and compromise. It’s hard work, and it’s worth it. But DD isn’t a procedure that anyone can perform on their marriage and it be a cure all, because in the wrong hands, or in the hands of people that have unrealistic expectations for their partner, DD can lead to an unhappy and unhealthy relationship.

You need to be living for each other’s happiness. If you can get happiness while your partner’s not happy, then DD is probably not for you. It can destroy your relationship. Even when your HoH disciplines, he can’t be happy about it. If he was happy about having to cause you unhappiness, you might have a situation on your hands. That’s not the recipe for a good DD relationship, or any good relationship at all.

But here’s the good news—in my experience, at least—about DD.

It can help you prove your trust & dedication for your partner.

Not a lot of couples have the ability to show their trust for each other in the way DD does and as often as it does. DD is one partner gaining power and responsibility from the other to do the right thing, and it’s acknowledged from both sides. Every time discipline is performed, the trust is refreshed—you give it over / receive it again. I think the frequency of this helps intimacy and the bond of a relationship as well as the self-confidence of the HoH and both get to show that they trust the strength of their bond, making it stronger each and every time.

It raises the standard.

James can make me be a better wife. He makes sure I do what I’ve agreed to do in our partnership and that I actually do what I’ve vowed to do, like be a good helpmate to him. However, he has to hold himself to a higher standard to be able to honestly believe he deserves the responsibility to discipline me—he always strives to be a better husband.

We’ve all seen War of the Roses, but surprisingly a lot of people war with their husband in their own—normally less crazy—ways. “Oh, he bought himself a new car without asking me, so I get to buy this new wardrobe without telling him,” or “If she can’t be bothered to make dinner, then I’m not gonna bother to take out the trash.” I don’t have to deal with that. If what I did is bad enough, he should spank me. If it wasn’t so bad that he spanked me, then it’s not worth getting in a twist over. He should let it go—and he usually does—and then we move on. Me? All I have to do is say, “You wouldn’t let me do that!” and if it is true, James, horrorstruck, will normally concede. It’s actually quite freeing not having resentments brewing inside of us.

Okay, when it comes to things that ‘resolve’ behavior, it’s done fast. I mean, for most things it’s less than five minutes of spanking. Resentment and disappointment normally last much longer.

I should probably add at this point that I think that those reasons alone are enough. We think it’s helped our relationship and our closeness, strengthening our friendship, partnership, and intimacy.

But do we think it’s for everyone? No. It’s all about personalities, individuals, and their own personal strengths and weaknesses. Masochists may need something other than spanking for discipline, for example. If one’s husband is having trouble disciplining himself with his money or responsibilities, then he might still be a fantastic, loving husband, but may not be the best candidate to be the HoH and the disciplinarian.

This is a round-table discussion, so click on the links below to go to the next discussion about DD. For readers and lurkers, though, please comment! I never know what to comment myself, so if you’re stumped, here’s some questions!!

This is a Blog Hop!