Back to the fun stuff: bragging about the spanking party YOU GUYS didn’t get to go to.

I plan to make you green with envy, so watch out.

First of all, it was the best weekend ever. I  still haven’t come “down” from how amazing of a weekend it was. From Thursday morning until we caught the plane on Monday, it was non-stop joy, spanking style. There was even a “Strap of Joy”, as Pandora Blake called it, but I digress.

BBW was amazing, and this is coming from someone who normally doesn’t come out from under her rock. I’m an agoraphobic, admittedly.  I don’t ‘party’… Normally. But there was something about the whole thing that made me party my ass off. I think spankings have to be involved for me to rock. It wasn’t my first spanking party (it was my third), but I think I have to say it was my favorite. I loved meeting up with all my old friends while adding so, SO many new ones. It was so well organized, the energy everywhere was intoxicating, and there was so much to do that boredom was impossible.

And there were so many hot guys at this party you could get a crick in your neck from all the head-spinning you’d be doing just to check them out. It doesn’t matter the age, there were just so many attractive people–men and women–that it made me a little giddy. 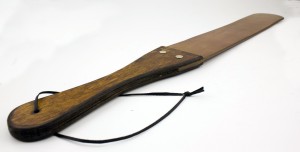 I have to double check for the link, but this is the “Strap of Joy”. It’s amazing and strange at the same time. It stings, but as soon as it’s done stinging it feels surprisingly good.

Many of you, my lovlies, haven’t even heard of a spanking party because I haven’t announced I was going much except in passing. Let me break it down for you.

Spankings everywhere, all the time. I have a LOT of voyeuristic tendencies, so there was so much eye-candy I swear my brain got a cavity. Strappings, canings, otks,  some in private, some out in the open in the middle of the ballrooms, some in hallways of hotel rooms. Girls acting like brats. guys acting like they could fix the brattiness, and good times had by all. In the day you go to dinners and activities and all sorts of goofy events to spank or get spanked as much as possible or just meet a ton of new friends, and then at night you go upstairs and party with them in whole floors of hotel rooms that the hotel sectioned off for us. You go into one hotel room, then out and into another, chatting, eating, dancing, goofing around, and of course, getting spanked…. Or seeing it. You watch it everywhere–amazing panties, bare bottoms, and of course, so many implements I could talk about them all day.

And you know what the best thing was?

Even if you’re just having a conversation and chilling out, you’re having the conversation with another spanko. Do you know what that’s like? Being excepted already about your deepest, darkest secret before you even form a friendship with that person? Knowing they struggled to hide it like you did, that they used to look up spanking in the dictionary when they were kids, too, that there’s something about it that makes our little brains obsessed by it, etc… It’s relieving, actually, to know that there’s so many people like yourself out there and to be surrounded by them. This party had over 240 people in attendance. Holy moly… It was like being in a huge 4-day-long frat party, where you’re a card-carrying member to a secret club. Nowhere else can a spanko be so truly accepted.

Memories were made. James gave me a discipline spanking in our room with about 10 observers at one point. I think when I look back on it in a few weeks–without blushing uncontrollably at how many people saw my full nakie-ness and how many people could see my embarrassment and exposure–I think I will consider that as really, really hot. 😉 It’ll be one of those awesome things I’ll be looking back and blushing about until I’m in my eighties!

There were so many friends there–some I’d met before, and some not–and I feel so strongly about them right now I feel my heart might give birth to a fuzzy bunny rabbit or something. I can’t describe how amazing these people are. And playing with them–some I got to ‘play’ with a few times–was no less than a privilege.  I felt like a kid in a candy shop.

God, except the internet, I can’t think of anything to complain about. It’s weird… I love to complain, so not being able to bitch and moan about something is saying a lot. Oh! I thought about something! I didn’t get into the schoolgirl’s party–they capped it at 14 girls or something and I didn’t even come close to getting my name on the list in time. Urggh. I wanted to go so bad! Grrr!

One thing I need to work on–my tolerance. It’s so weird–there are parts on my body that are sooo resilient to pain. Not my ass, though. My ass  is extremely sensitive to touch. Poor Mike Tanner had to spank me like a 10 year old child (he was so nice because when he’s spanking regular, it’s like–wow. It can stir up stomach butterflies big-time) with his strop and still I whined up a storm (don’t get me wrong, it was totally fun and I would have been so sorry if I’d missed it. I’m just a whiny person). If there was a wimp-award I would have won it. Other girls were taking it like pros, full force, and coming back for more. I wish I could have played four times as much as I did, at least.

Anyway, folks–I’ll brag more later. I have 2 books to complete by June 21st somehow, and unless I get a fearie godmother soon, that means it’ll have to be me. I’m also the correspondent for the Cherry Red Report on this party  so I’ll go into even more specifics about this party’s particular flavor of awesomeness.